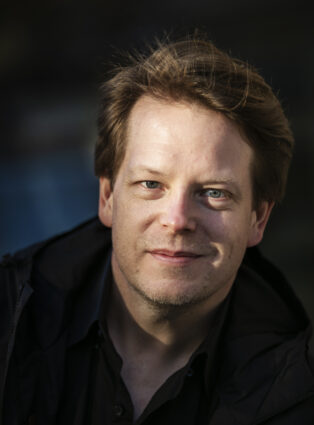 Tobias Ringborg is equally at home on the podium as a conductor and violinist, as well as in the opera house.

During the pandemic season 2020/21 Tobias Ringborg conducted a new production of Il barbiere di Siviglia in Oslo, and led several streamed concerts and recordings with a. o. the Swedish Radio SO, the Royal Stockholm Philharmonic, Norrköping SO, Uppsala Chamber Orchestra, Sinfonieorchester Wuppertal, and Aalborg SO.

In 2021/22 he will lead Offenbach’s Orphée aux enfers in Oslo, Don Giovanni at Welsh National Opera, Così fan tutte at Garsington Opera, as well as concerts with a. o. the Orchestra of the Royal Swedish Opera (Wilhelm Stenhammar 150th anniversary festival).

Tobias Ringborg’s career started in 1994 when he, as a violinist, won the prestigious Swedish Soloist Prize. The same year he graduated with the highest honours from the Royal College of Music in Stockholm and went on to study at the Juilliard School in New York, graduating in 1996.

As a violinist, Tobias Ringborg has appeared with every Swedish orchestra and has collaborated with conductors such as Gennady Rozhdestvensky, Neeme Järvi, Okko Kamu, Sakari Oramo, and Daniel Harding. International credits also include the first prize of the Concours International de Musique de Chimay in Belgium. He is an active champion of Swedish music, and his discography includes about 20 CD’s with chamber music and violin concertos, mostly by Swedish composers. In between operatic and symphonic engagements, Ringborg maintains an active career as a violinist, and plays a Gagliano instrument, on loan from the Järnåker foundation of the Royal Swedish Academy of Music.

In 2000, Tobias Ringborg decided to expand his musical career after winning a conducting competition in Helsingborg. His lifelong passion for opera led to his operatic debut at the Stockholm Folkoperan in 2001, with Verdi’s La traviata. In 2002 he began a two year association with Malmö Opera, leading performances of a. o. Mozart’s Don Giovanni, Strauss’ Ariadne auf Naxos and Verdi’s Otello.

In 2001 he made his debut at the Royal Swedish Opera with Puccini’s La Bohème, and has since then been strongly tied to that company, leading a.o. Mozart’s Don Giovanni and Die Zauberflöte, Donizetti’s L’elisir d’amore, Bizet’s Carmen, Verdi’s Don Carlo and Rigoletto, Tchaikovsky’s Eugene Onegin, Puccini’s Manon Lescaut, Tosca and Turandot, as well as the 2016 new production of Giordano’s Fedora (directed by Christof Loy).

Specializing in Italian opera, as well as Mozart, operatic merits include Turandot at Dalhalla, Gounod’s Roméo et Juliette, Turandot and Mozart’s Le nozze di Figaro at Norrlandsoperan in Umeå, Puccini’s La fanciulla del West, Mozart’s Idomeneo, and Rossini’s Le comte Ory in Malmö, Turandot and L’elisir d’amore at Gothenburg Opera, Rossini’s Il barbiere di Siviglia, Tchaikovsky’s Swan Lake and J Strauss’ Die Fledermaus at the Norwegian Opera in Oslo, and Gounod’s Faust, Idomeneo, Don Giovanni and Bellini’s I Puritani at the Danish National Opera. In 2008 he conducted La traviata for his German debut at Oper Leipzig, and in 2009 Così fan tutte for his British operatic debut at Scottish Opera, in an acclaimed production by David McVicar. He has returned to Scotland for Verdi’s Rigoletto and Il trovatore as well as for Mozart’s Le nozze di Figaro and The Magic Flute. At Opera North he has conducted La Bohème, Don Giovanni, Verdi’s Macbeth, L’elisir d’amore, Leoncavallo’s Pagliacci, Mascagni’s Cavalleria Rusticana and Bernstein’s Trouble in Tahiti. At Garsington Opera, he has led Idomeneo, at New Zealand Opera Puccini’s Madama Butterfly, Tosca, and La Bohème, and in 2019 he made his Australian debut conducting Madama Butterfly in Adelaide.

The symphonic repertoire he has explored with orchestras such as the Royal Stockholm Philharmonic (leading the Nobel Prize ceremony in 2011), Swedish Radio Symphony Orchestra, and the symphony orchestras of Gothenburg, Malmö, Helsingborg and Norrköping (leading the orchestra’s 100th anniversary in 2012 with Beethoven’s Symphony no 9), Aarhus, Odense, Kristiansand, Wuppertal, Auckland, and Victoria (Canada), as well as Copenhagen Philharmonic and Scottish Chamber Orchestra. In 2005 he made his London debut with the English Chamber Orchestra at the Barbican, both as conductor and soloist. 2012-15 he was Principal conductor of the Swedish Dalasinfoniettan.

In 2010, Ringborg conducted the world premiere recording of the 1849 bel canto opera Cristina Regina di Svezia, by Italian/Swedish composer Jacopo Foroni, with the forces of Gothenburg Opera (released by Sterling).

In 2010 Tobias Ringborg was awarded the Herbert Blomstedt Prize by the Royal Swedish Academy of Music, and in 2011 he was elected a member of the same academy.

Andrea & The World of Opera – The making of Fedora 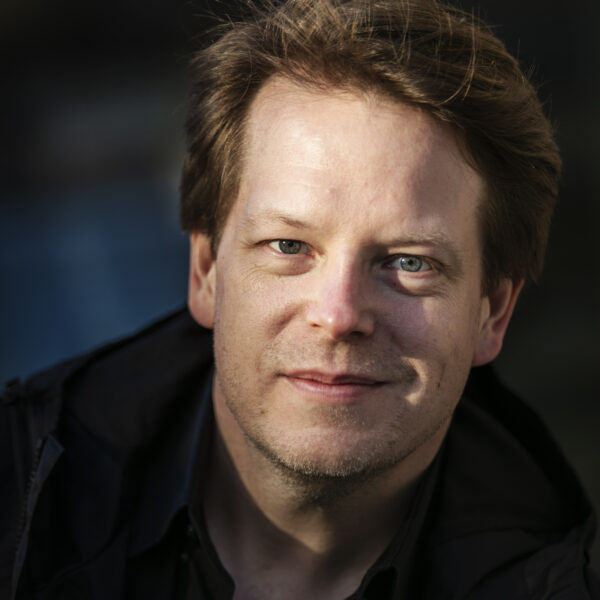 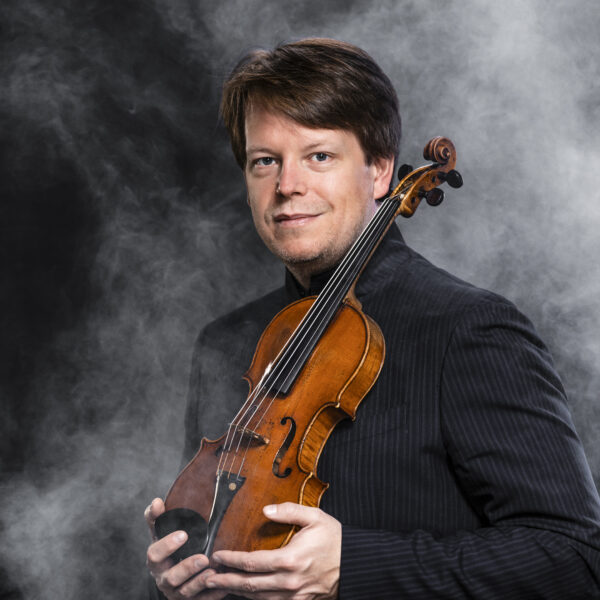 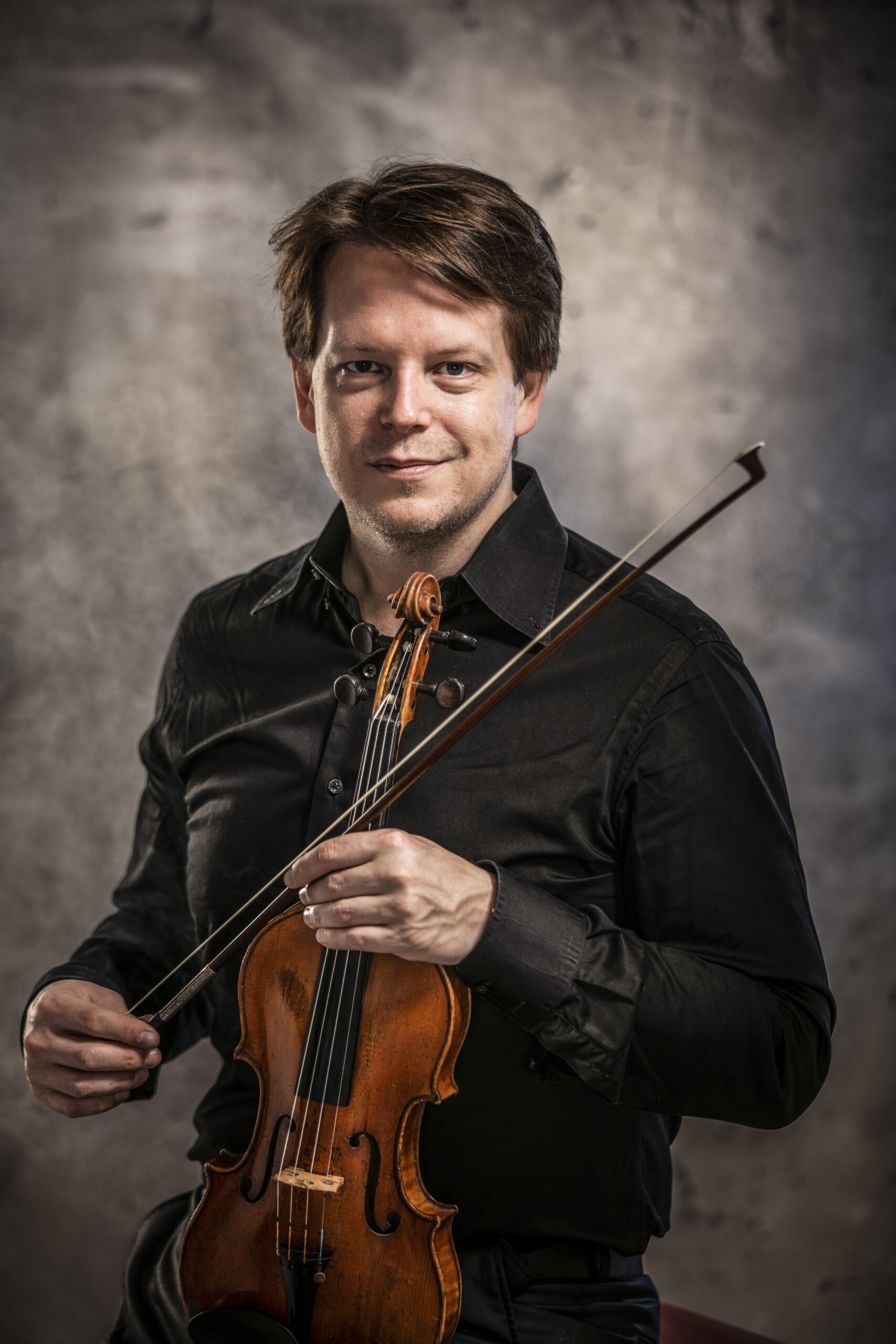 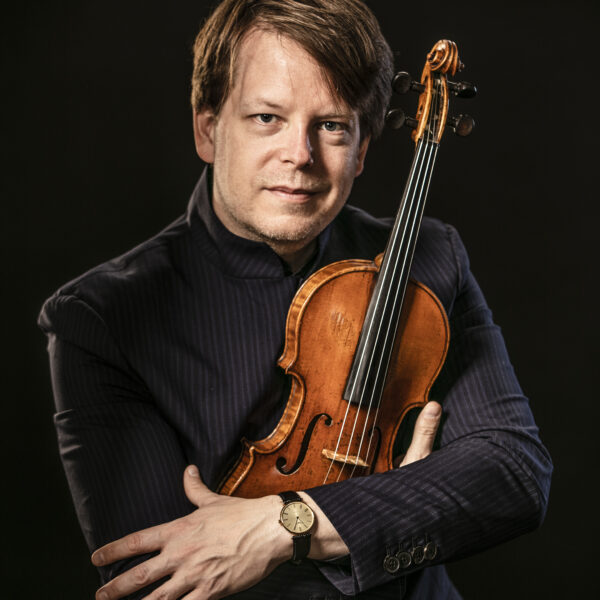 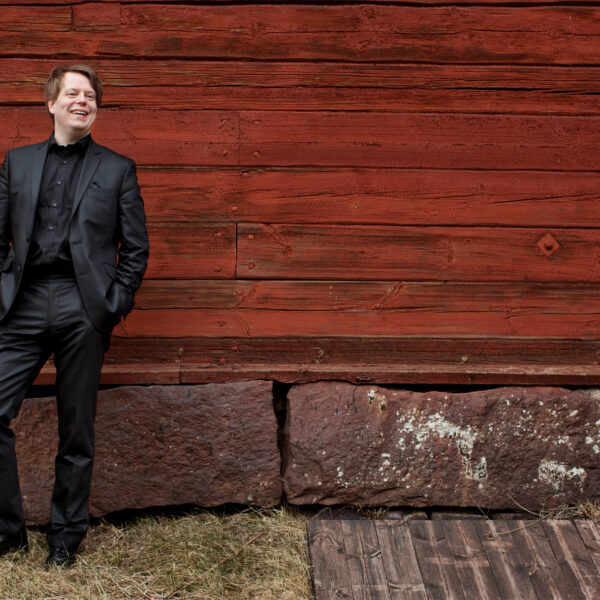 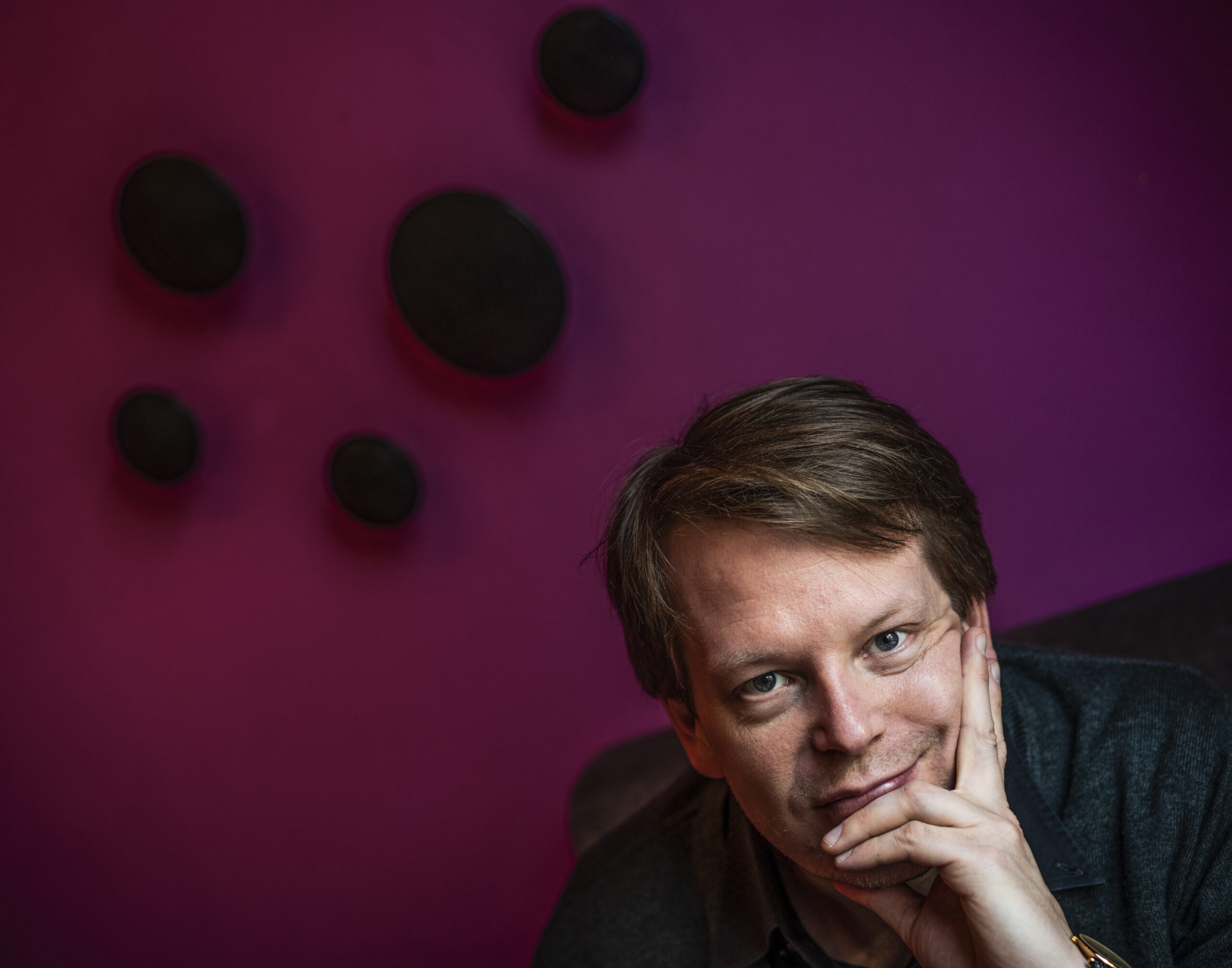 “Tobias Ringborg’s superb conducting allowed the orchestra to swoon where necessary but without giving in to undue sentimentality. Overall, the crowd scenes in the central acts and the byplay between the bohemians was handled swiftly and due emphasis given to comic moments. Puccini’s little pictoral touches, such as the pizzicato falling of snow or the crackling of the flames consuming Rodolfo’s play, were consistently brought out to striking effect. Ringborg was more flexible in the showstopping moments for the singers, allowing Devoe in particular to fill out her rapturous lines. The orchestra too was in ecstatic form, ably supporting this highly appealing performance of Puccini’s masterpiece.”

“Tobias Ringborg conducts with the right insouciant panache. I loved every minute and recommend it warmly.” 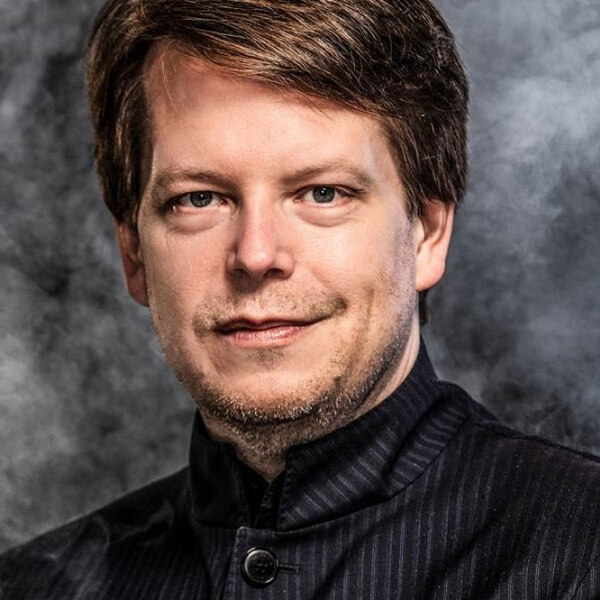 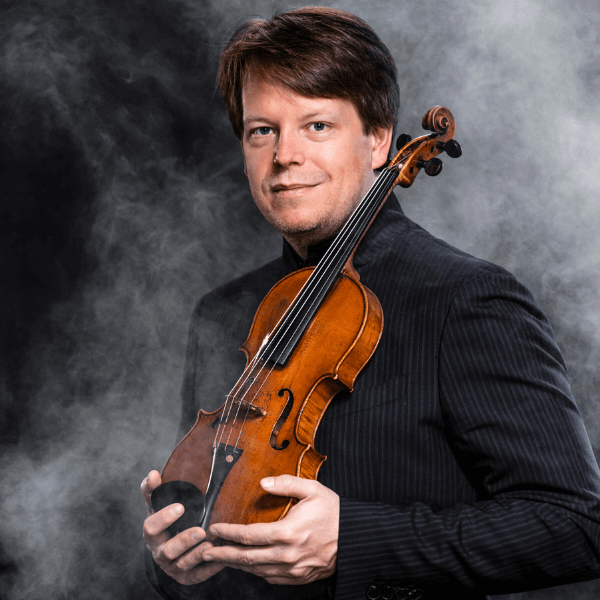 18 Sep 2020
The Swedish Radio Symphony Orchestra is one of Europe’s most versatile orchestras. Now you can see them in action online with a…
Menu

This website uses cookies to improve your experience. If you continue to use this site, you agree with it.
Ok