German conductor Sebastian Lang-Lessing has been named Music Director of the Korean National Opera in 2020.

Lang-Lessing has conducted multiple new productions since 2018 with the Korean National Opera, including a new production of Fidelio in collaboration with the visual artist Kevork Mourad opening new ways to present Opera.

An avid advocate in education Sebastian Lang-Lessing expands his mission in South Korea through masterclasses and national touring. In 2020 he made his debut with the KBS Orchestra in Seoul conducting a Brahms program.

Among most recent and upcoming engagements are his Tristan/Elgar arrangement with the cellist Istvan Vardai and the Hungarian National Philharmonic Orchestra in Budapest, the closing concerts of the Tivoli Festival in Copenhagen with Renée Fleming, a tour to Seoul with a new production of  Samson and Dalilah and La Traviata, concerts with San Antonio Symphony, Malmø Symphony Orchestra and Jönköping Sinfonietta as well as various Masterclasses.

Sebastian Lang-Lessing is fluent in five languages. His curiosity, versatility, vast repertoire and interest in all cultures distinguish him as a unique artist holding Music Director titles on all 5 continents. He proofed to be a game changer in all his positions, bringing a new creative approach to every challenge. SLL conducts regularly at the major opera houses and orchestras around the world, like Berlin, Hamburg, Paris, London, Bordeaux, Lyon, Palermo, Stockholm, Oslo, Copenhagen, San Francisco, Los Angeles, Seattle, Dallas, Houston, Washington, Vancouver, Cagliari, Sydney, Melbourne, Tokyo, Beijing, Seoul, Cape Town to name some. He opened the iconic Oslo Opera house with a new production of Porgy and Bess in collaboration with Cape Town Opera. The relationship with this company intensified and he became the CTO’s Music Director. In Paris he collaborated with Maurice Béjart and his spectacular Beethoven’s Ninth Symphony, touring it later to Japan. SLL conducted China’s first own production of a R. Strauss’ opera, Der Rosenkavalier at Beijing’s NCPA.

Sebastian Lang-Lessing’s symphonic repertoire goes way beyond his German heritage. His close connections to the Symphonies of Schumann, Mendelssohn, Brahms and Beethoven can be heard in exciting concerts and recordings. SLL demonstrates also a great affinity to the French, Russian, Italian, American and contemporary repertoire. His friendships with composers like Detlev Glanert, Brett Dean and Stewart Copeland resulted in a number of new commissions and premieres. With artists like Renée Fleming he enjoys a close artistic relationship, as her album Guilty Pleasures for Decca demonstrates.

After his Debut at the Deutsche Oper, Götz Friedrich engaged SLL as resident conductor, the youngest in this role. He conducted a vast repertoire of new productions and revivals, among them, the last production of his mentor Götz Friedrich. Conducting hundreds of performances in his early years and working with the leading international singers and directors were essential and formative for his future. 2010 he conducted the highly acclaimed new production of Wagner’s Rienzi, released on DVD.

His tenure as Music Director in Nancy put the company on the national map, elevated to
Opéra National de Lorraine. With his orchestra, Sebastian Lang-Lessing rediscovered the late romantic French repertoire. They recorded an award winning cycle with Guy Ropartz’ symphonies. A passionate educator, SLL established multiple new initiatives and concerts
for children and young adults.

During his time with the Tasmanian Symphony Orchestra Sebastian Lang-Lessing sharpened the orchestra’s profile by strengthening its expertise in the classical, early romantic and contemporary repertoire. With the TSO he created an annual cycle in Sydney and led the orchestra on national and international tours. The TSO became Australia’s most recorded orchestra. A collection of 20 CDs with Australian composers was highlighted by the close collaboration with Brett Dean. SLL’s recordings of the Schumann, Mendelssohn, Mozart and Schubert Symphonies demonstrate the orchestra’s exceptional artistry.

SLL’s creation of a city wide annual festival with the participation of over 20 performing arts organization highlighted his creative season planning and sense of community collaboration. He opened the new Tobin Centre with Renée Fleming and the Four Last Songs by R. Strauss and later with a new production of  Salome with Patricia Racette. “14 American Preludes” was his commission project with works by composers from The Americas and Europe, celebrating the 75th anniversary of the orchestra and its diversity. He developed and intensified various education initiatives. During his tenure the orchestra developed its own unique sound in the new hall. By creating a baroque series, incorporating opera, commissioning new works, and performing multiple composer cycles, the orchestra widened its repertoire and stylistic versatility. SLL established a bond with many international artists and the orchestra, putting San Antonio on the map as a creative centre in Texas. Yo Yo Ma, Emanuel Ax, Joshua Bell, Vadim Gluzman, Olga Kern, Susan Graham, Renée Fleming, Kirill Gerstein, Lynn Harrel, Lang Lang, Augustin Hadelich and many more were regular guests. With many of them he enjoys a long and deep artistic friendship.

After ten very successful years as Music Director of the San Antonio Symphony, Sebastian Lang-Lessing became MD Emeritus to continue his relationship with the orchestra and his strong advocacy for the performing arts in South Texas.

Sebastian Lang-Lessing studied piano in Essen (Detlev Kraus) and Lübeck (Wilhelm Rau). In Hamburg (Klaus-Peter Seibel) and Vienna (Karl Österreicher) he studied conducting. 1990 the prestigious “Ferenc Fricsay Prize” was awarded to him after his debut concert at the Philharmonie in Berlin. He became assistant to Gerd Albrecht at the Staatsoper Hamburg and a year later First Kapellmeister in Rostock.

His discography for various labels can also be found on Spotify. 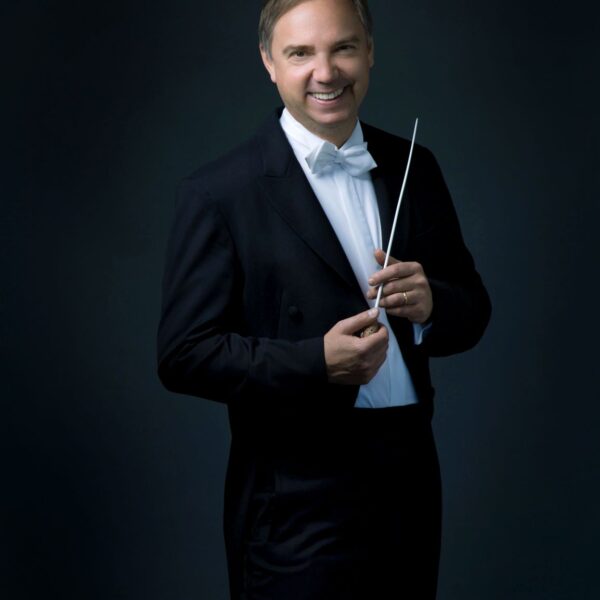 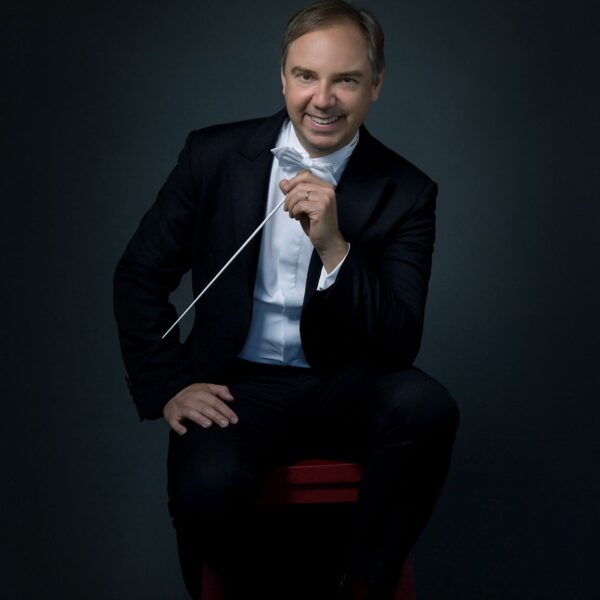 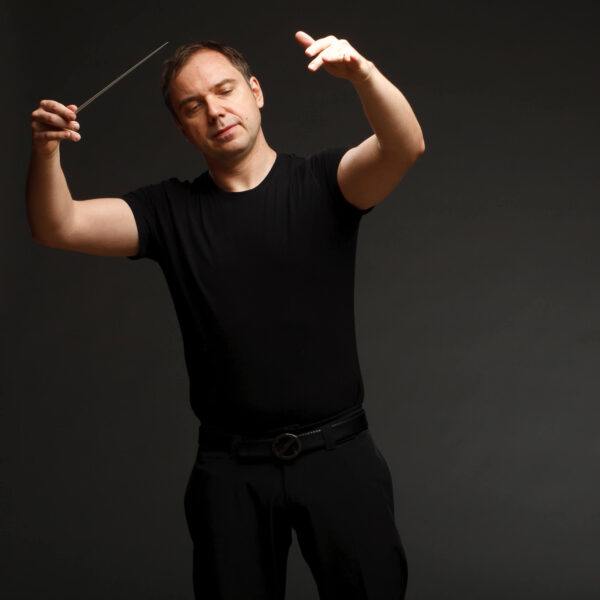 “Lang-Lessing took the four movements with a tremendously dynamic drive, never looking back once he let the orchestra out of the gate.” 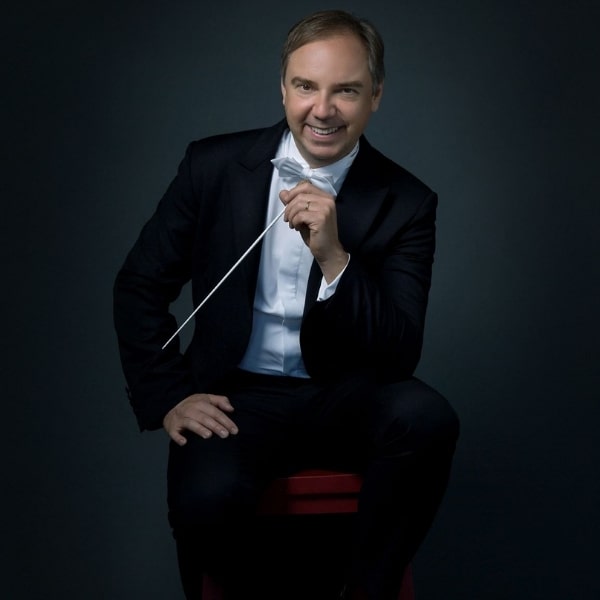