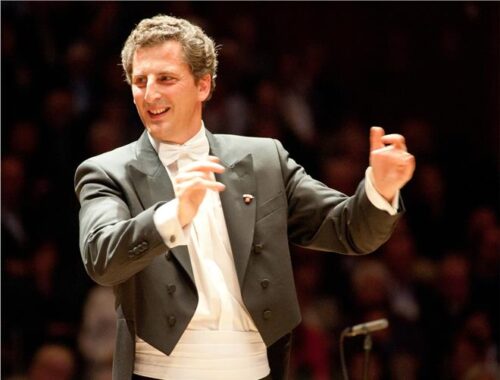 Giordano Bellincampi is the Music Director of the Auckland Philharmonia and teaches at the Royal Music Conservatory in Copenhagen.

With an enormous repertoire embracing classical, romantic and contemporary music, Bellincampi is particularly celebrated for his prowess in the Central European, Italian and Scandinavian symphonic traditions, and for his interpretations of significant choral and vocal works.

He enjoys regular relationships as a guest with many orchestras around the world, particularly in Scandinavia and Europe, including the Royal Stockholm, Rotterdam and Royal Flemish Philharmonic Orchestras and the St Petersburg Symphony, but also in North America, Asia and Australia.

In 2020 Bellincampi was named Conductor Laureate of Kristiansand Symphony Orchestra.

On November 8th 2020 the Auckland Philharmonia announced the renewal of Bellincampi’s contract as Music Director. He will be leading the APO until the end of 2024.

Most recent and upcoming highlights include Bellincampi’s return as a guest conductor to the Duisburg Philharmonic, Aalborg Symfoniorkester (including this year’s  Opera i Rebild), Aarhus Symfoniorkester, and Kristiansand Symphony Orchestra. With his Auckland Philharmonia conducts a complete cycle of Beethoven’s symphonies to celebrate the composer’s 250th anniversary, and continue his explorations of signature repertoire including Brahms, Mendelssohn, Schumann, and Nielsen. He returns to the Estonian National Symphony Orchestra, for a specially-curated programme inspired by his native city of Rome, bookended by Berlioz’s stirring Roman Carnival Overture, and Respighi’s glorious technicolor scores Fountains of Rome and Pines of Rome. He makes his debut with the Jacksonville Symphony, showcasing that orchestras soloists in a reduced-scale programme featuring Wagner’s Siegfried Idyll, and Strauss’s virtuosic Le Bourgeois Gentilhomme, and debut with Portugal’s Orquestra Sinfónica do Porto Casa da Música in a performance of Verdi’s Requiem. Among his recent/future engagements are also a concert with Copenhagen Phil at Tivoli Concert Hall, Dvorák’s Cello Concerto, Op.104 (B minor) with Sønderjylland Symphony Orchestra, and a Gala concert with Östgötamusiken.

Highlights of recent seasons have included concert performances of Verdi’s Aida and Mozart’s Don Giovanni with the Auckland Philharmonia, and gala performances of Wagner’s operatic and orchestral music with the Duisburg Philharmonic to mark the re-opening of the orchestra’s home in Duisburg’s Mercatorhalle, as well as a strongly-acclaimed visit to Amsterdam’s legendary Concertgebouw Hall, in repertoire by Nielsen, Sibelius and Beethoven. He returned twice to the Orchestra Sinfonica Siciliana and Canada’s Victoria Symphony, and conducted symphonic performances with the orchestras of Gothenburg Opera and NorrlandsOperan, Umeå, and led a gala performance of works by Nielsen and Glazunov at the Royal Danish Opera with members of the opera and ballet companies. His work with the Auckland Philharmonia included a gala performance to celebrate the renaming of Auckland’s Kiri Te Kanawa Theatre, and a performance of a new horn concerto by Hans Abrahamsen, co-commissioned with the Berlin Philharmonic.

As Associate Professor at the Royal Danish Academy Giordano Bellincampi is dedicated to the work of educating coming generations of orchestra musicians and conductors, and he also regularly gives masterclasses and serves as a jury member for a number of international conducting competitions.

Bellincampi’s extensive discography includes numerous recordings for the Da Capo and Marco Polo labels of Danish composers from the classical era through to the present day including Holmboe, Lumbye, Joachim Andersen, Per Norgard, and the premiere recording of Weyse’s opera Sovedrikken, as well as Italian opera arias with Liping Zhang and the Prague Philharmonia, and Nielsen’s Third Symphony for EMI Classics, and works by Svendsen and Walton. 2016 saw the release of his first recording with the Duisburg Philharmonic, featuring Nielsen’s Violin Concerto with soloist Kolja Blacher.

In 2010 Bellincampi was created a Knight of the Order of the Dannebrog, an award bestowed by the Danish Royal Family for services to Danish culture, and he also holds the title of Cavaliere from the President of Italy for his international promotion of Italian music. 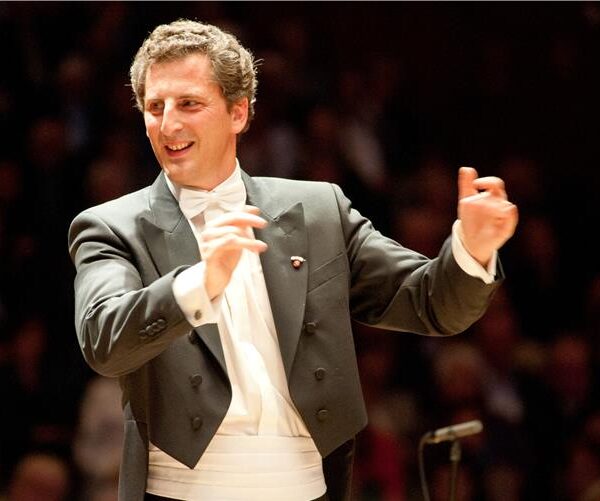 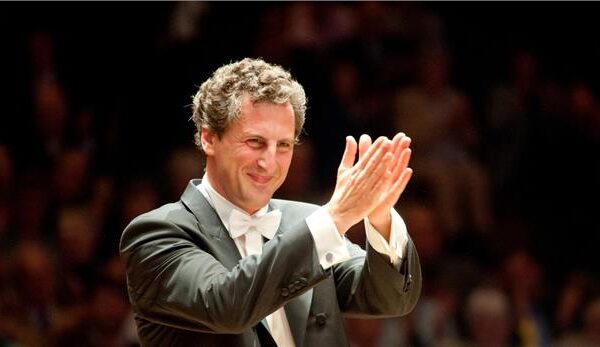 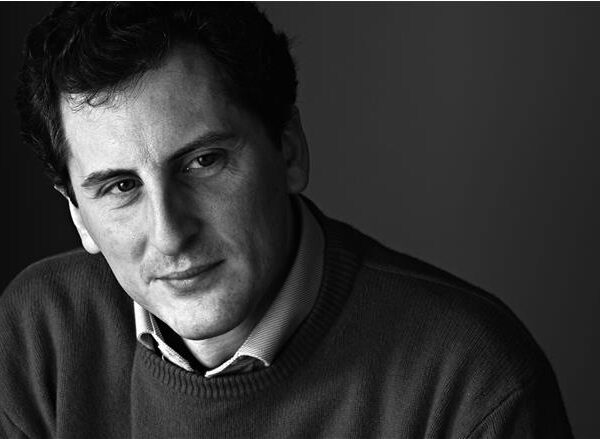 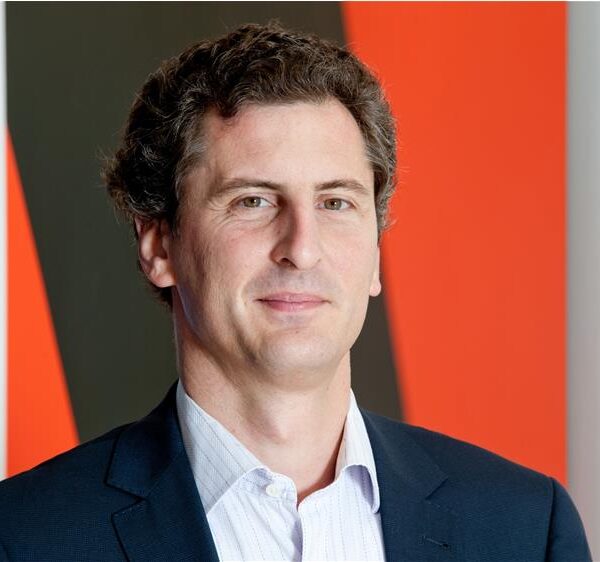 “The conductor really had the orchestra in his hand and despite Schumann being difficult, the music breathed light and forward spirit. It has a lot of the typical features of romance such as triumphant wind sounds and evoked impressive stunning sounds. The meditative third movement offered the listener melancholic moods. Giordano Bellincampi’s interpretation was high-level orchestral art.”

“[…], much of the success of the APO’s current Beethoven series lies with music director Giordano Bellincampi. The charismatic maestro has already swept us away with the grandeur of the Eroica, the youthful zest of the First Symphony and the unassuming grace and good humour of the Fourth.

Tonight, his individual touch was there from the opening bars of the Pastoral Symphony, its immaculately nuanced lines followed, within seconds, by a rustic, rollicking tutti.”

“Bellincampi commanded the back-and-forth of this musical discussion superbly. As the second movement opened, the clarinet got another chance to shine and overall Bellincampi played up the pastoral elements of this movement, while also giving due emphasis to the chromatic harmonies Brahms employed in transitional passages. The cello section brought an intriguing bittersweet quality to the nostalgic opening melody of the slow movement and Bellincampi’s interpretation was deeply felt. A previously unseen darkness underpinned the final movement’s opening bars and the Auckland Philharmonia Orchestra playing here was thrilling, as effective in the movement’s powerful climax as in its hushed close.” 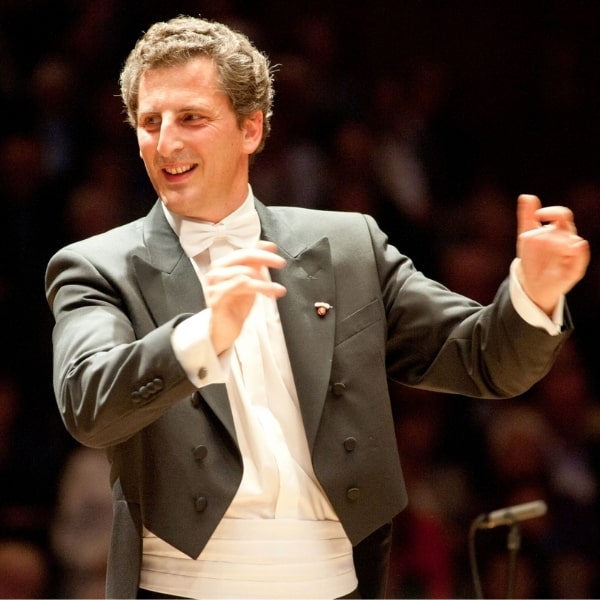 11 Oct at 3:24 pm
On Oct. 13th Maestro Giordano Bellincampi conducts a tribute concert to two of Denmark’s greatest composers – Per Nørgård and…

17 Aug at 8:01 pm
On Aug. 21st maestro Giordano Bellincampi leads the Tivoli Copenhagen Phil in a concert with the star tenor Lawrence Brownlee.… 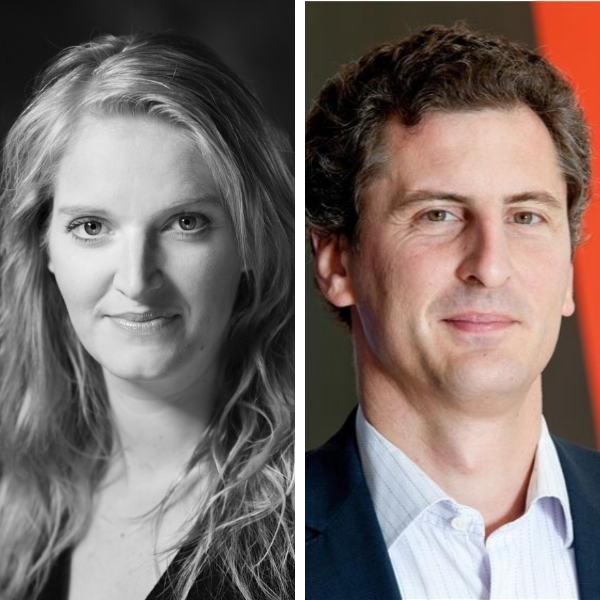 12 Aug at 5:27 pm
On Aug. 14th, soprano Gisela Stille sings in this year’s edition of Opera i Rebild ‘Stjernestunder‘. The artistic director and…
Load More
Menu