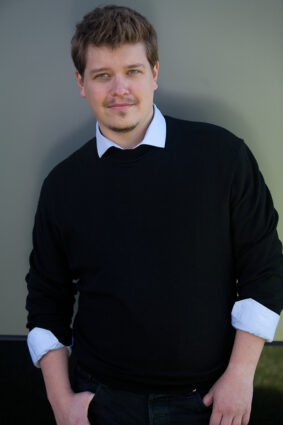 Danish tenor Adam Frandsen is quickly gaining international attention for a lyric tenor voice that is “shining, effortless, and bursting with energy.”

Adam Frandsen began singing as a young boy in the Copenhagen Royal Chapel Choir. In 2005, he started his opera studies with guest professor Douglas Yates. Frandsen is a graduate of the prestigious Curtis Institute of Music, under the direction of Mikael Eliasen, as a student of Marlena Malas.

Frandsen has taken part in the Aspen Music Festival, The International Vocal Arts Institute Israel and Virginia, and the IIVA Puerto Rico. He has worked with and received masterclasses from Neil Shicoff, Francisco Araiza, Joan Dornemann, Sherrill Milnes, Mignon Dunn, Håkan Hagegård, Vinson Cole, Seiji Ozawa, Lorin Maazel, Pierre Vallet, and Patrick Summers. Frandsen was a regional finalist in the 2008 Metropolitan Opera National Council Auditions and is the recipient of the honorary Aalborg Opera Prize 2015. He was also awarded grants and scholarships from Moores, Curtis, and several American and Danish organizations.

​In the 2013-2014 season, Frandsen made an important role debut at Semperoper Dresden as Sergei in Shostakovich’s Moscow, Cheryomushki. He sang performances of Cavaradossi in Tosca at Aalborg Opera Festival and Roméo in Roméo et Juliette at the Copenhagen Opera Festival. Frandsen also appeared with the Württembergishces Philharmonie, Germany, in a concert of opera highlights.

​Engagements in 2015-2016 included Ferrando/Cosi fan Tutte and Elvino/La Sonnambula at Opera Hedeland; and Narraboth/Salome at Copenhagen Royal Opera with Stefan Herheim and Boder.  Frandsen also performed the lead role as Architect Jørn Utzon in Opera Australia’s newly commissioned and highly profiled opera- Sydney Opera House, The Opera – that celebrates the construction of the House and famous emblem of the city.

Frandsen has covered Pinkerton in Madama Butterfly at the Seiji Ozawa Opera Project/Saito Kinen Festival, and Rodolfo in La bohème under Lorin Maazel at the Castleton Festival.

Frandsen has also sung the roles of Don Jose/Carmen; Rinuccio/Gianni Schicchi; Ruggero/La Rondine; Arcadio/Florencia en el Amazonas; The Prologue/The Turn of the Screw; and the title roles in Idomeneo and Faust. 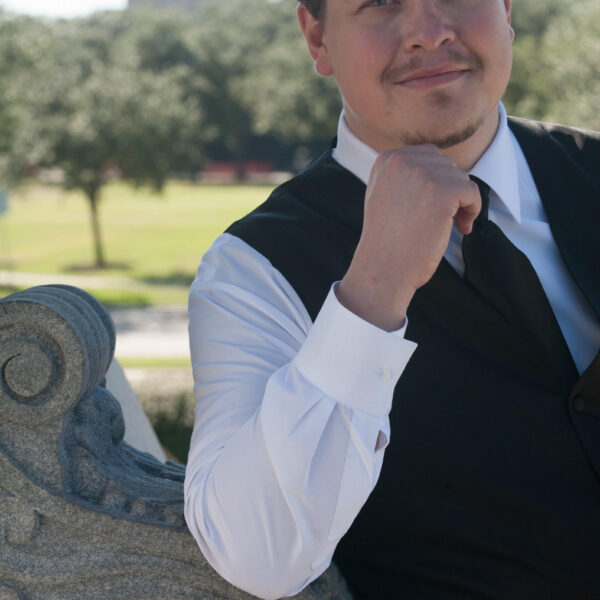 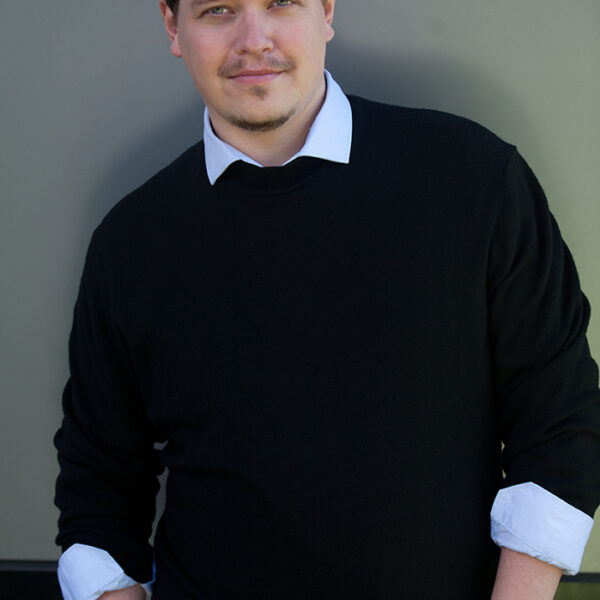 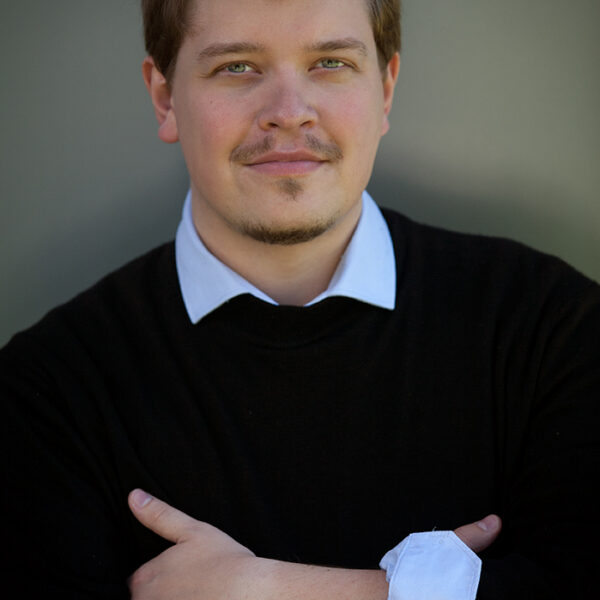 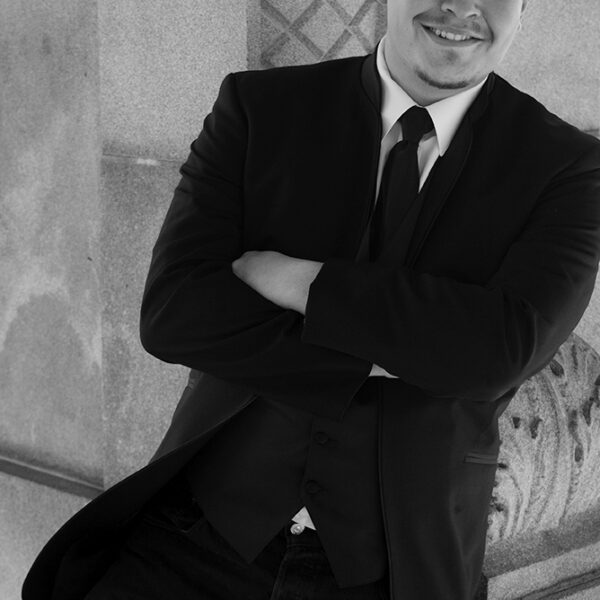 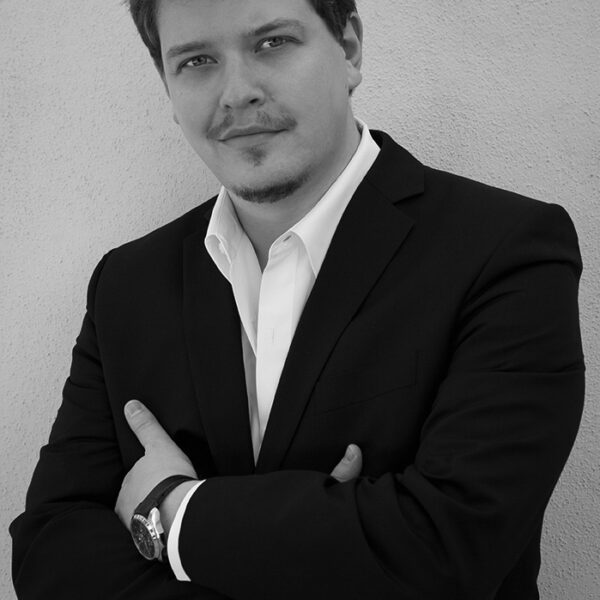 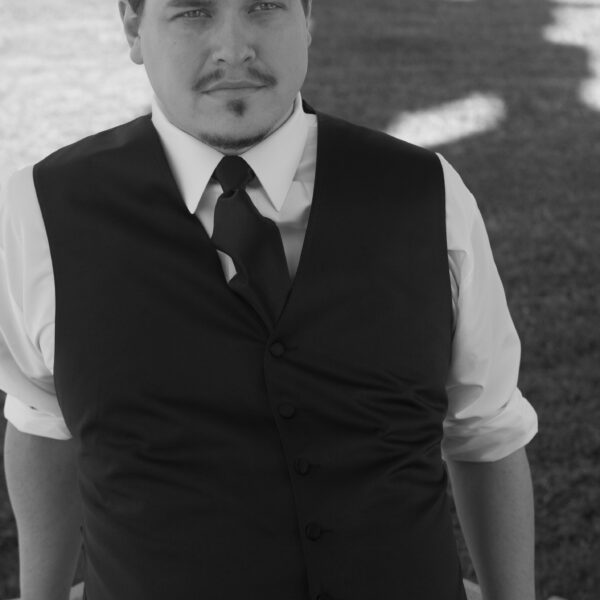 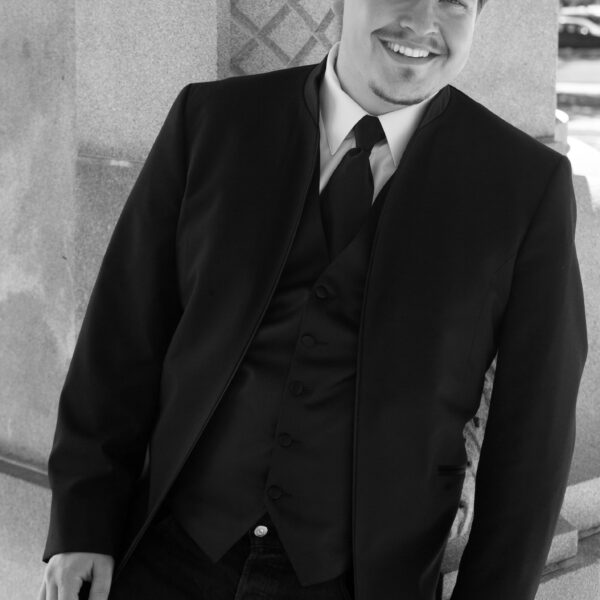 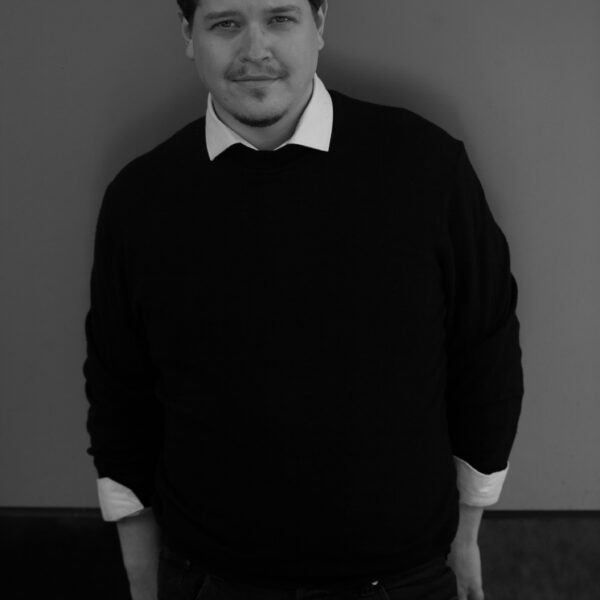 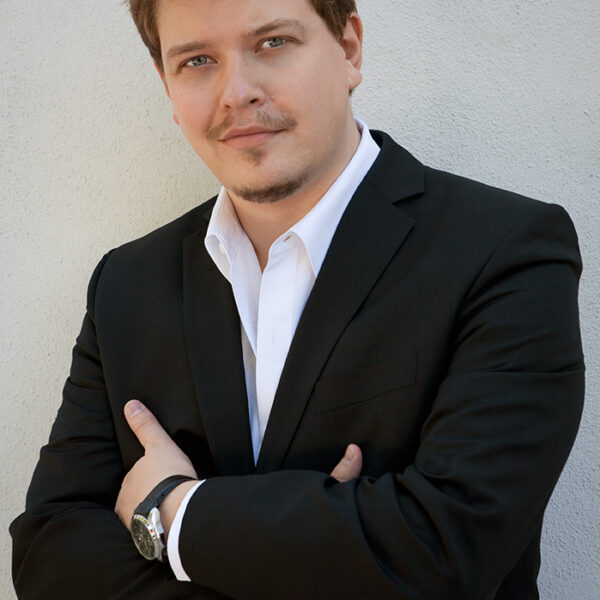 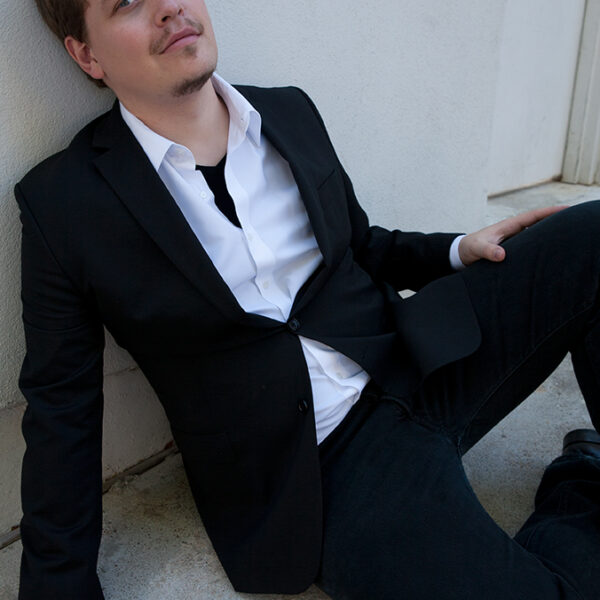 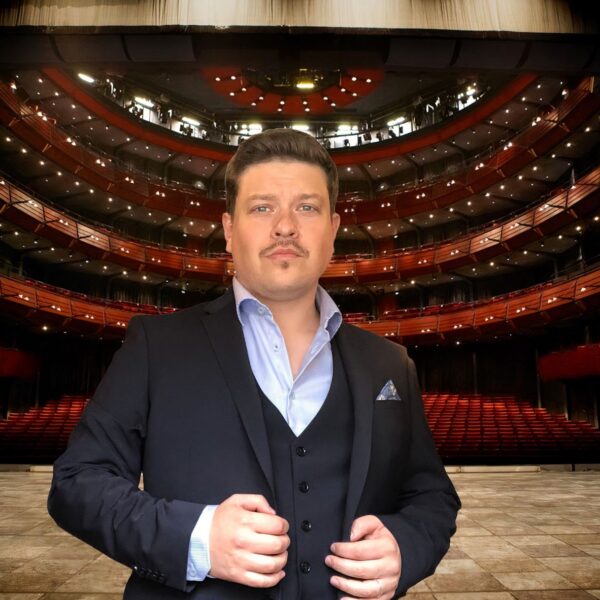 “Traditionally this concert serves as a start to the new year with some of the best from the opera world with invited world-class soloists. And this year’s edition was no exception, with Susanna Andersson and Adam Frandsen. […] With a harmonious orchestra and two world-class soloists, it can only go in one direction. […] Musically, they are brilliant. Frandsen’s portrayal of Don Ottavio in “Don Giovanni” and the Duke was as good as it gets.  Even better he performed the sensitive peasant boy in Donizetti’s “Love Drink”.  The aria “Una furtiva lagrima” is one of the most beautiful pieces in the opera world. His tenor shimmered emotionally and confidently.”

“Here we find a cast of singers with complete control of sound as well as of bodies in physical movement: […] Adam Frandsen’s expansive tenor […] Also in spoken lines, the singers are as much at home as the actors […] The free opera company in collaboration with Rebaroque has landed a phenomenal show at the Folkoperan!”

“The title role is sung by the Danish tenor Adam Frandsen. He has an intensely lively, powerful sound that makes me rejoice in advance at the next heroic high note.”

The Magic Flute by W.A. Mozart at GöteborgsOperan – April 2017

“…The Gothenburg Opera Orchestra under Henrik Schaefer’s baton continue to excel themselves in Mozart, matching the infectious love for the scores of Gothenburg’s previous Mozart productions… Adam Frandsen also convinced as Tamino. His tight vibrato suits the role and he had confidence and control almost to the top of his range. He very effectively combined excellent diction with lyrical expression. ”
– Niklas Smit, Seen and Heard International

The Eighth Wonder,  by A. John and D.Watkins at Sydney Opera House – October 2016

“A hardworking cast of 16 is led by a stellar vocal performance from Danish tenor Adam Frandsen. The Architect is a taxing role, demanding stamina and sensitivity and he has both in spades. His voice rings out at the top, crowning his frequent arias of vision and ambition with buckets of glorious, heroic tone.” 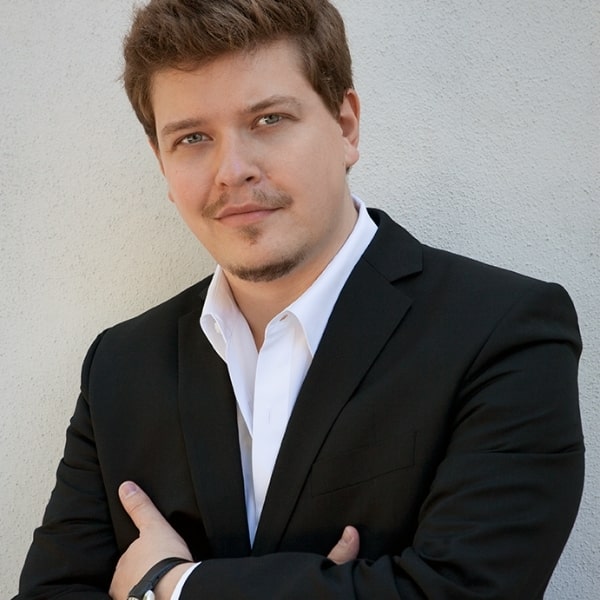 Adam Frandsen is a Soloist at the Trettondagsafton Concert in Uppsala 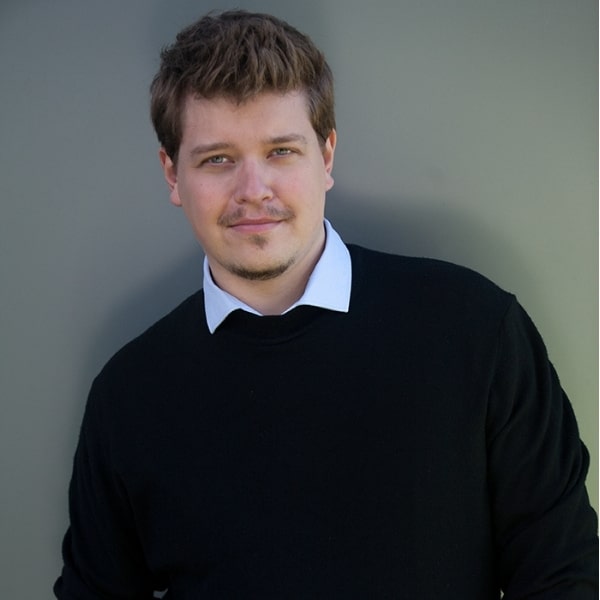 Adam Frandsen Sings the Title Role of Don Carlos in a New Production of the Folkoperan, Stockholm